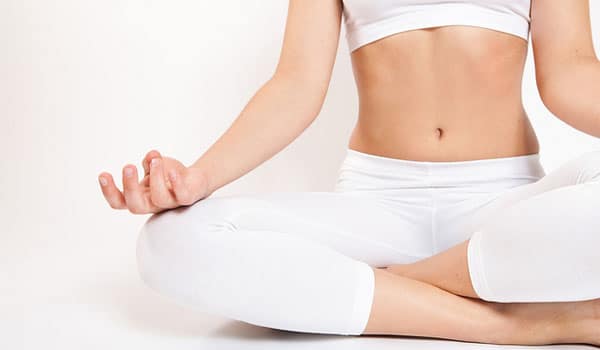 Through the ages, one of the banes of women has been an affliction called cellulite. Most people have it to some extent or the other, and usually the condition seems to worsen with age. Cellulite is basically a type of fat with connective bands of tissue in it. It usually occurs in particular parts of the body such as the abdominal region, the buttocks and the thighs in women, whereas in men it is usually found in the abdomen and in the neck. Generally, cellulite afflicted parts are lighter in shade than the rest of the skin. So what should you do if you are afflicted with cellulite? Should you just be resigned to it as a natural phenomenon? Or is there some way of fighting it and getting rid of it?

People usually opt for laser treatments, injections, or surgical procedures in order to remove their cellulite. While these do work, the results are usually temporary, with the cellulite coming back because of a lack of real changes made to the lifestyle. However, by incorporating yoga in your daily life, you can use it as a treatment for cellulite that works deeply and effectively, helping both the body and the mind.

Yoga is an age-old practice, with its origins in India. While with time many systems or schools of thought in yoga have evolved, but basically all of them focus on harmonizing the physical, mental and spiritual aspects of the body. And one of the best features of yoga is its effectiveness in treating cellulite through its totality of approach to the well-being of the body and the mind.

Cellulite is mainly caused by overstuffed fat cell pockets, which are present under the surface of the skin. When there is retention of fluid in the body, usually because of hormonal changes caused by various factors like puberty, or pregnancy, or menopause, it has the effect of fat cells not being released from these pockets, with the result that the pockets store all the fat cells that come their way. Since the pockets fill up, they begin bulging, which results in the characteristic dimpling caused by cellulite. Yoga can deal with cellulite effectively because it acts on all these underlying problems.

Yoga has a strengthening effect on the body, toning up the large thigh and buttock muscles, building lean muscle which burns up fat more effectively. This results in fewer numbers of fat cells in the pockets under the skin. The postures and movements also help in increasing circulation, which prevents the retention of fluid in these pockets. With the absence of fluid accumulation, the pockets receive the signals to release the fat cells they hold. When yoga is used as a treatment of cellulite, it has the added advantages of creating a better state of mind, along with a healthier and fitter body. You not only look better, but you also feel better.

While there are indeed many other treatments that can reduce the effects of cellulite, these usually just work superficially, helping the skin to mask the cellulite. Yoga gets to the root of the problem, getting rid of deep seated fat cells and excessive fluids, thus making you cellulite free