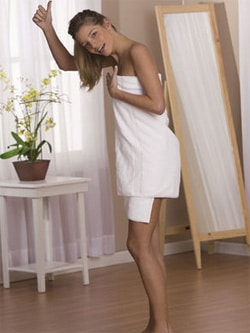 The mention of the word cellulite will cause some women to have a disgusted reaction to its utterance. Cellulite is a skin condition that will give the skin at certain areas of the body this dimpled, orange peel look. It mainly affects body regions such as the thighs, bottom, tummy and arms. It has been recommended for years that losing weight is one of the best ways to combat cellulite. There is new research that shows that losing weight to get rid of cellulite may actually make it worse.

Doctors and experts have suggested that women have a proper diet as well as drink a lot of water if they are looking at getting rid of their cellulite. Research has now shown that even though weight loss can be very effective at reducing cellulite, it can actually make it worse in other individuals.

A study was conducted on this relation between cellulite and weight loss and the results were published in the Plastic and Reconstructive Surgery medical journal. The study looked at 29 different women who participated in specially designed weight loss programs. These programs constituted weight low fat meals, medication, liquid diets and surgery such as gastric banding and bypass.

Over the course of the study 17 of the participants saw a major improvement on the look of cellulite on their body. 9 patients in the study saw their cellulite get worse. The ones who achieved the best improvements were the ones who lowered their percentage of thigh fat and lost weight. These women generally had a bigger body mass index (BMI) and worse cellulite than a typical woman.

The women in the study whose cellulite got worse had a significantly lower BMI, saw no change in their thigh fat percentage and lost smaller amounts of weight.

From this, the researchers were able to determine that weight loss had an effect on the appearance of cellulite. They stated that more research needed to be done on this particular subject.